Back to all posts

The Glorious Days of Old ...

Reading historical novels is enjoyable, but I often find myself wondering whether I'd like to return to the "good old days". The simple answer is probably not. Life certainly seemed less stressed and less complicated, but was it really? Reading the pages of some historical novels you could be forgiven for thinking it was not only more relaxed, but a lot more enjoyable. In some things it probably was, but it depended a lot on your social position and your 'wealth'. We forget, I think, that one reason men's shirts had detachable collars was that most people only own two or three. A detachable collar meant being able to wear a clean one more frequently than one changed the shirt it was attached to. Until very recently in the UK most men owned possibly two suits, one for every day wear, and one for 'high days and holy days' - the Sunday 'best' outfit. 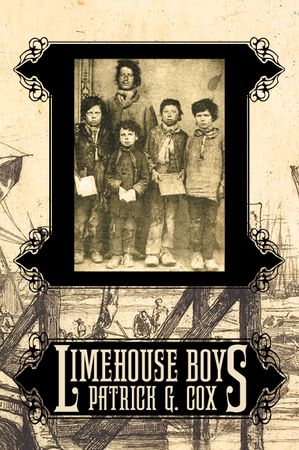 Looking further back in history, one finds the descriptions of households by Jane Austin, or more recently, Georgette Heyer, and you could be forgiven for thinking that a majority enjoyed a reasonably comfortable existence, with, of course, the wealthy and titled enjoying a very comfortable life style. Contrast that with the photo of a group of boys and their teacher used on the cover of my book, Limehouse Boys. These boys were expected to start work at twelve, and many came from homes which relied on their pennies earned to make ends meet. There was a good reason children often shared a single bed, "double ending" and it was because many homes weren't heated, and had only a single blanket for the bed. Whistler (whose sketch of the Thames at Limehouse forms the background behind the photo) drew images of entire families living in the back lanes and allies around Limehouse in the 1860s. Nor was this unique.

What neither of Austin or Heyer describe is that this was an age before toilets, an age when bathing and washing were best described as 'irregular' and the cesspits of the big houses in the towns and cities were often overfull, and in summer ... Those of us who grew up in the 1950s and 60s still have memories of visits to farms where "water borne sewers" were still something in the future. Going to the loo was a bit of a challenge for the olfactory system at least ...

Researching for any historical story one quickly realises that life in those 'golden days of yore' was a lot tougher than we like to think. Illness, even a mild one (by today's standards) could be fatal. Charles Dickens wasn't overdoing it in his descriptions of the poverty in which some of his characters live. And the further back in time you go, the closer you find yourself to the way some undeveloped or under developed societies, with families living in wattle and daub single roomed dwellings, water having to be fetched from a waterhole or well some distance away, and personal hygiene a matter of random opportunity.

The distant past does tend to take on a rosy hue, but, for most of us, life was a struggle, and hard work. I find that the more I research bygone eras, the more respect I develop for those who lived in them, and built the foundations of what we have today.